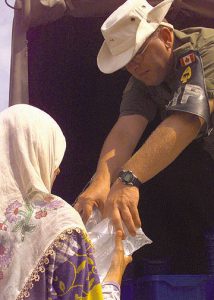 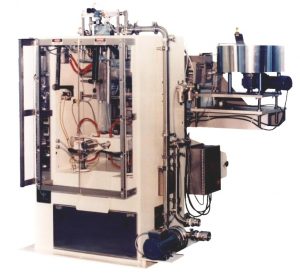 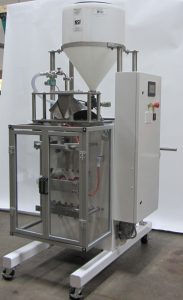 Packaging water in bags close to the point of need eliminates the cost and logistical difficulties in transporting packaged water, delivers the water fast and is, by far, the least expensive method of delivery. The packaging operation is accomplished in one compact machine, a vertical form fill seal (VFFS) machine that makes and fills bags using continuous roll stock. One pallet of film rolls will make over 100,000 one liter bags.

The General model L4 can be transported in a pickup truck along with a compatible portable water purification unit and a small portable generator.  The L4 will produce 1,000 one liter bags per hour.

The first portable automatic water packaging machine used by the military in the field was deployed by the Canadian Army in 1994. A General model 70LCM was sent to Rwanda to package purified water for UN peace keeping troops. One liter bags were produced with water drawn from flexible 3,000 gallon bladders that were filled by the output from a portable reverse osmosis water purification unit (ROWPU).

The Canadian Army is active in peace keeping and disaster relief operations throughout the world. To satisfy the drinking water needs in these operations they assembled another eight portable water purification and packaging systems. These systems are deployed to places such as East Timor, Honduras after Hurricane Mitch, Turkey after the 1999 earthquake, Haiti, Afghanistan as well as Canadian domestic emergencies.

1996 when U.S. Army Troops were deployed to Bosnia Forscom, Ft. McPherson, GA., assembled three portable water purification and packaging systems to supply drinking water for U.S. forces. The packages were one liter bags with screw caps. The bags fit into fatigue pants cargo pockets and acted as canteens. These systems were subsequently deployed in U.S. Army operations throughout the world. 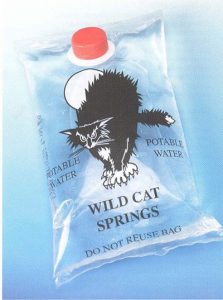 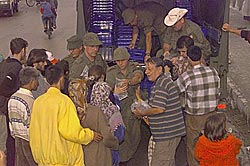